The team here at MOD Media is so excited to celebrate the official live filming of Nick Hart’s Comedy Special “Is This Void Even On?”. The City of Madison benefits greatly from its rich arts’ culture and the support thereof. Shows such as this increase visibility for the Comedy scene here in Madison; a scene that is rapidly growing with the implementation of Comedy at the Cabaret, hosted by Allie Lindsey, the continued success of Comedy on State, Green-Lit Comedy Pop Ups at the Robinia Courtyard and of course, the two-year-old Comedy festival: Madison Comedy Week, hosted by Jake Snell.

Hart’s comedy special is a long time coming in the wake of a successful, semi-professional, 10 plus year career for Mr. Hart. Hart has shared the stage with Dave Attell, Marc Maron, Kyle Kinane and Bobcat Goldthwait, was a top 3 finalist in the Seattle International Comedy Competition and was featured on Conan O’Brien last summer. He has also shared the debate stage with Satya Rhodes-Conway, the current mayor of Madison, in Hart's latest run as a City of Madison mayoral candidate.

His unique and aloof approach, combined with hard-hitting sarcasm will leave you laughing and not wondering why. As described by Nick himself: “Nick combines storytelling and observational humor that grandmas and anarchists alike find endearing.”

We thank you for supporting your local artists, musicians and creatives! As always, #staymod! 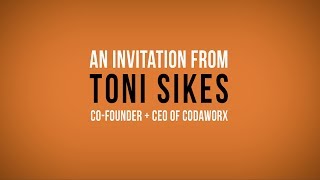